Neurology facts and fiction – Are coffee and dark chocolate good for migraines?

Neurology facts and fiction – Are coffee and dark chocolate good for migraines?

One of our brain’s main function is to integrate our senses so we know where we are in the world, so we can interact and move around in it appropriately. It does much more than we think

• The first part of the brain to form is the part that regulates eye movements to spine movements, meaning the eyes and spine are linked before birth. So the wrong glasses could be giving you back pain

• Caffeine and chillies have been shown to possibly help migraines by shrinking the blood vessels diameters in certain areas of the brain that are causing the pain. 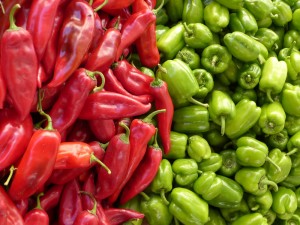 • Dark chocolate contains polyphenols which feed the ‘good bacteria’ in the gut. Chocolate also contains arachidonic acid which is inflammatory so not advisable for those who are
sensitive. On the other hand inflammation in muscles triggers them to grow and strengthen, so inflammation can be beneficial.

• When the autonomic nervous system  is not working you have a much higher chance of developing gut issues and food intolerances. This can be fixed and it is not by changing diet alone

• Research has clearly shown that there are no drugs that fix concussion or brain injuries, the medication merely manages the symptoms. Reducing inflammation will help

• Brain injuries do not require high impact, even sneezing hard or an airbag in a car can cause a brain injury

• Only a few mammals apart from us have the ability to recognize themselves in a mirror. These include chimps, dolphins, elephants and possibly dogs. 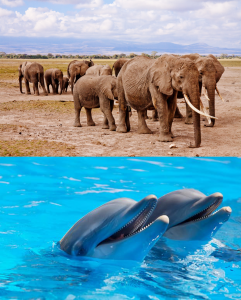 • A blink of an eye takes 300ms (3/10 of a second) and our reaction times can be gauged by how much delay there is between a new target appearing and they eyes moving to the target, this type of eye movement is called a saccade and in a healthy person with good reflexes this is 200ms. In an elderly or compromised person this can be as slow as 600ms. This matters for things like driving and can be the difference between having a crash or not.

• A figure of 8 movement with a limb is complicated for the brain and uses lots of muscles, this provides massive stimulation for the brain, Doing straight line movements all the time like bench press or over head press can inhibit the cerebellum.

• The right side of the brain is involved in interpreting and reading body language.

• Everything you see looking to the right is processed by your left brain.

• Timing is key to good neurological function and metronomes are useful tools for functional neurologists and those interested in performance enhancement.

• The temporal lobe are where smell, memories, sound, balance and emotions are perceived. The termoral lobe is also involved in religion, believing in aliens, epilepsy, tinnitus and ‘weirdness’

• With patients or people with fragile brains as a result of disease or injury, spine manipulations from a chiropractor can be too strong and in fact reverse or slow down rehabilitation

• Creating changes in the brain is like working a muscle, it requires repetition, intensity and the correct exercises. Practice makes permanent rather than ‘perfect’.

• A common dysfunction following a brain injury is gut dysfunction, meaning leaky gut and IBS can be a brain issue rather than a food intolerance issue. Have you got gut problems? Have you had whiplash?

• The occipital lobe is primarily for processing vision and about 60% of our brain is dedicated to vision.

• Often submerging a persons hands or feet in ice cold water can be effective for head pain or migraines.

• There are nerves in the brain stem called ‘omnipause neurons’ which hold the eyes still, these nerves are often damaged after a head injury, resulting in the inability to focus the eyes properly or gaze stabilise. Not being able to stabilise your vision is very tiring and stressful  for the brain and leads anxiety, fatigue and poor brain function. 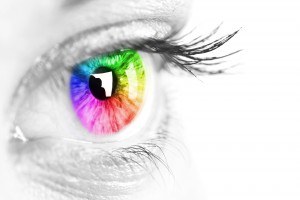 • Bed wetting should stop at about age 3, the brain controls urination in the micturition centre and children over 3 who still wet the bed may have a slight brain imbalance that can be helped by a functional neurologist.

• Abnormal spine shapes such as scoliosis and hyper lordosis can be a result of brain imbalances and there are neurologists who specialise in correcting spine curves by using brain based techniques.

• Males have about 10% more neurons in their brains than women, but women have more connections and process information more efficiently.

• There are specific breast feeding protocols for optimising a new born baby’s brain growth, which some neurologist are trained in.

• Functional neurology is not just for sick people or injuries, it is used as performance enhancement by athletes and other disciplines

Brain Chemistry and The Benefits of Altered States

Brain Chemistry and The Benefits of Altered States - Natural Highs Hello and welcome to my blog Most, if not all... read more

Can we use biochemistry to slow down ageing?

We all know that ageing occurs and time marches on, we also know that it occurs at different speeds... read more

6 Ways to Enhance Creativity with Hypnosis and Functional Neurology

Hello and welcome to my blog. Today I'm going to talk about creativity and some ways you can work to... read more

Use these 6 Simple Tips To Keep Your Stress Levels Down Stress and modern life Stress is unavoidable, as life happens... read more

5 Ways to Ward off Depression All Year Round

5 Ways to Ward off Depression All Year Round Hello and welcome to my blog For many reasons, some people feel... read more

7 Reasons To Give Low Carb A Go For Your Mental Health   For people with depression, anxiety, bipolar disorder, ADHD, psychotic disorders, bulimia, dementia,  or... read more

Depression – Is it biological, psychological or neurological – Can I help myself?

Depression -  Can I help myself? Depression is something that most people either experience first hand or have to watch... read more

How do I train my brain to make myself more confident?

We all have dreams, goals or ambitions. Whether you want, be it success, sex, friends, money, fame, travel, or... read more

Train Your Brain For Motivation

5 Key Nutrients For Women Over 50